I guess this is as good a place as any to store my thoughts, isn't it?

I was really excited when DRV3 came out- like I was EXTATIC haha! I was mostly drawn to Miu, Oma (obviously), and Saihara (hes CUTE ):<) 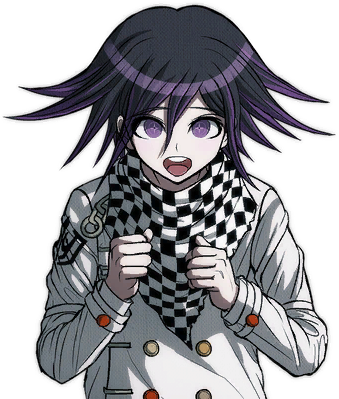 I am really intersted in Oma because of how complex his character is, hes not just an Evil OwO rat boi, (not thowing any shade just being honest). And do people even realize that "rat" is a derogitory term used against Japanese people in WW2? Like- bruh- 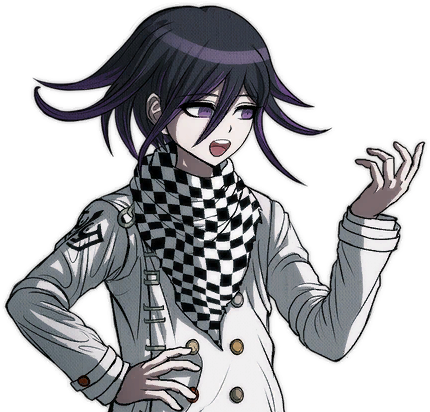 A lot of this fandom just sees him as an evil liar which, I won't deny is kiiinda true but hes not *evil* persay he just has twisted morlas and, ehem, trust issues. So he obviously has some un-handled trauma. He probably had to lie a lot hwen growing up and that often times leads a person to becoming a pathalogical liar. So teeechnically its not his fault in a way. Also! Because of his trust issues, when he does show "true" emotions, he egts really upset and mad at himself and tries to act as if he was lying about his emotions, like whne he had that out burst after the 4th execution saying soemthing like; "Oh man, did you actually fall for all that fake crying?! You're so dumb! I would never cry for Gonta". Oh! and while on the topic of trial 4, lets talk about you seriously screwed up it is that most of this god forsaken fandom hates Oma SOLEY because he "manipulated" Gonta. and if you don’t know why he did, its simply because he didn’t want to be killed by Miu, sure he didn’t have to take down 2 people, but because his goal was to survive and he *knew* that if *he* killed someone, he would also die, so he had someone else do it for him. The reason he wanted to “team up” with Saihara is so he could attempt to emotionally detach from Gonta, because his death would greatly hurt him as seen when he starts *actually* crying after the execution. He rebuttles these feelings by saying that he was faking it, like always. he actually cared about Gonta because he was the only one who respected him and trusted him. And he didnt *completely* manipulate Gonta. When Gonta saw the outside world, he got upset and pratically ON HIS OWN decided to kill. sorry, I kinda went on a tangent there, haha. 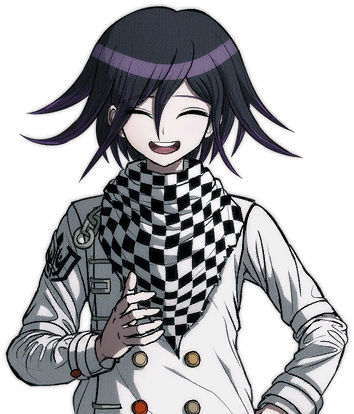 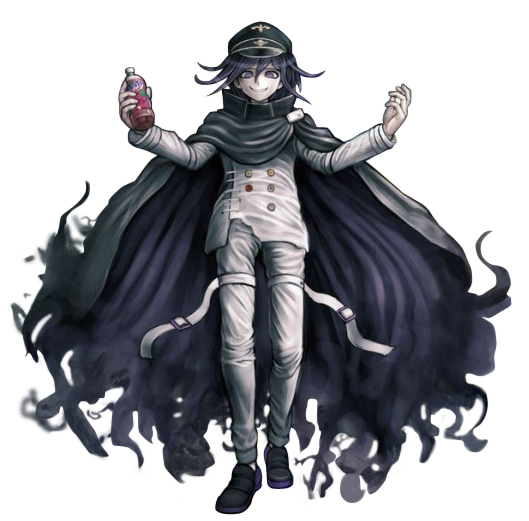 So before I go forward, I am in no way a "fangirl" or anything, I just hyperfixate and I'm a big kinnie, hehe.

If I'm being honest, hes kinda cute, ya know- like hes small and has nice hair (:but now that I think about it... I'm 4'10 whilst hes 5'1 so I have no right to say hes small... um anyway, I like how he has naurally blackish hair but the tips are dyed purple, I would LOOVE hair like that, but sadly I have dumb curly blonde hair, ew.

I also like his cape in the image above, though his hat does resemble that of a Nazi... F. but I guess the good part is, its not *exactly* the same, lol. 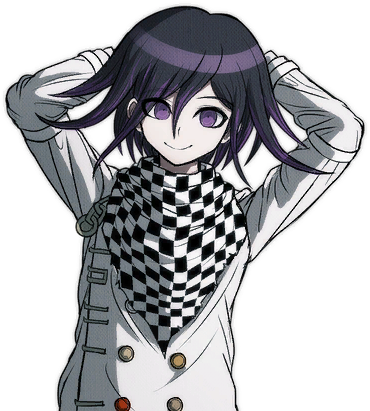