Hello everyone ^^ I came here to give my thoughts on Komaeda 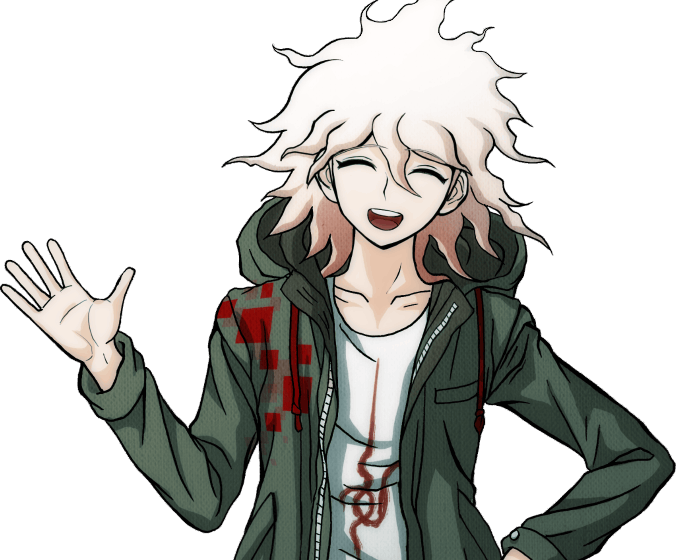 So uh, Komaeda is my highest kin and my favorite character, so I might be kind of biased, but I do know quite alot about phsycology so it shouldn't be *too* biased.

So first we will talk about his charcater (phycological wise).

uh, forgive me if I make an error, ahaha. 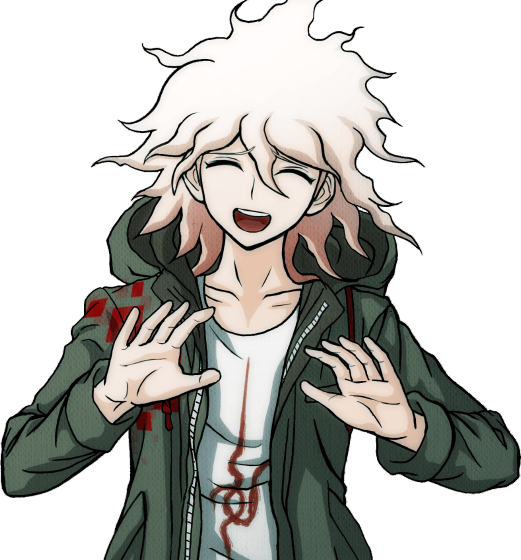 psychopath; /ˈsʌɪkəpaθ/ noun; a person with a psychopathic personality, which manifests as amoral and antisocial behavior, lack of ability to love or establish meaningful personal relationships, extreme egocentricity, failure to learn from experience, etc.

After given a defenition, do you still believe hes a psychopath? If you do, I will explain how hes *not*

So, as you can see Psychopaths can't establish meaningful relationships or love at all, therefore he wouldn't have said this, "From the bottom of my heart...I am truly in love with the hope that sleeps inside you.", He wouldn't be able to have been sad about his dead dog, he wouldnt have cared about the ultimates enough to ask them to sacrifice him, he wouldn't have said he loved hope or the ultimates. If he were, in fact a psychopath, that would completely dismantle him as a characater. and if you're STILL not convinced, lets look at "extreme egocentricity", He is constantly self loathing, even if something good happens him or he does something miraculous, he will still call himself trash, he doesn't love himself. Near the end of chapter 4 he starts being really rude and dissmissive of the ultimates, and seems to no longe like them. But this still cannot be called egoistic, but because he still hates himself during this period, he is not egoistic. The only thing that he may have in the psychopath defenition is the amoral part because I will admit, his morals are pretty twisted, buut thats because of trauma, so there. The evil part *could* fit him because it says profoundly immoral, buut the thing is, hes *not* profoundly immoral, as I said before, they are somewhat twisted but not to Junkos extent, JUNKO is evil.

Now this statment comes from mostly fanbrats/extreme fangirls, so I doubt people take it to heart, but I felt the need to debunk this as well. I can sort of see why people would say this, but I won't get too much into that. I am going to attempt to change my mindsent to that of the ultimtes on Jabberwock.

This is the chapter in which Hinata says Komaeda "betrayed" him. Hinata thinks this because Komaeda went from being friendly, wecloming and polite to a hope obessed guy who seemed outright crazy and right after his breakdown, Komaeda acts as if something has happened. Personally, I don't see this as a betrayal but much more of a show of charcater. Komaeda is polite and friendly, but hes also somewhat crazy, so, as I said before, it was a show of character.

Not much happned here, so I'll move on.

Not much happened here, either

In this chapter, Komaeda starts to act cold and rude torwards his classmates because he found out they were ultimate despair, He is rightfully upset and no longer sees the as hopefilled people. He found out about Hinata being a reserve course, and no longer saw him as hope, either and bullys him because of this

Oooooh boy, here we go. In attempt to find the traitor, he sets off a bomb in the hotel lobby. When the traitor didn't reveal theirself, he told them that their were bombs hiddens somewhere on the island, and he would stop them if the traitor came forward, they still didn't. So the students had to find the bombs on their own. When they did, they also found a laptop with a video of Komaeda telling them the only way to stop the bombs is for the traitor to swipe their card, Chiaki (the traitor), goes to swipe her card and it doesnt work. they eventually go off and it is found out that they were only fireworks. He did something icredibly morally wrong if that wasn't obvious.

The students find out that Komaeda got himself killed in order to get the ultimate despairs killed and chiaki to escape, now in heinsight, this seems like a good deed, but not really when thought about. He still tried to kill 5 people (himself included).

during this first trial, we find out Komaeda was trying to kill Byakuya, But I have some evidence that will show a much darker side of things, he tried to get Hanamura to kill him. (quick interjection, I don't want to say this is absolute fact, I just wanted to show my evidences, thats all).

This was taken from the offical manga, need I say more? "I'm the one who would end up surviving"? Thats a weird thing to say if you didn't *want* to be killed

It seems like a dumb idea now that I think about it, I mean I only have 2 pieces of evidence...

Next I want to talk about his looks ^^ 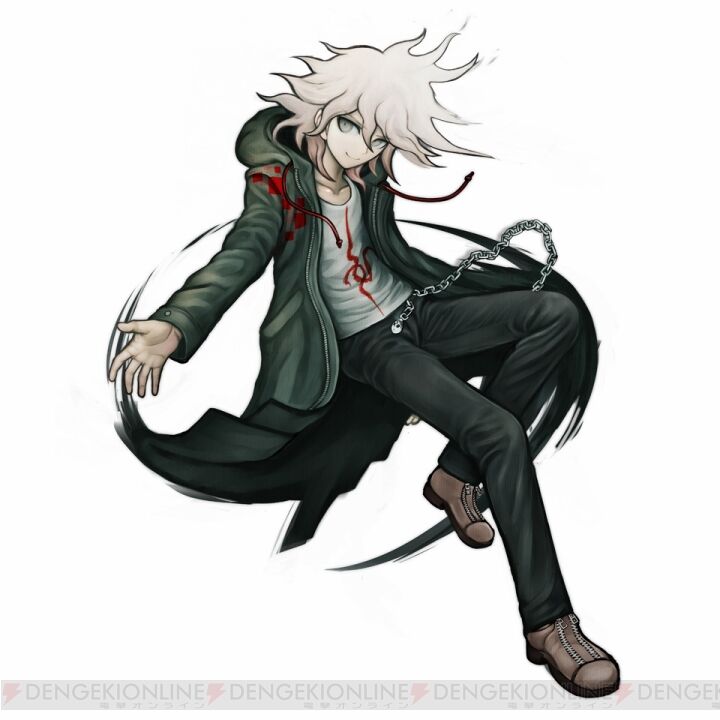 I THINK HES REALLY PRETTY LIKE- whoops got kinda agressive lol. But as I was saying, I really like how feminine he looks, especially in the anime. I like his white hair it just fits him so well, and his eyes are a nice shade of green and grey, its just- MWAH, beautiful, chefs kiss.

I MEAN- LOOK AT HIM- 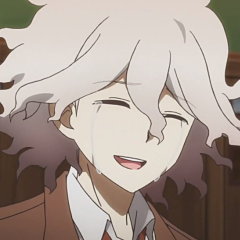 ehem, sorry for that, ahaha